Creative movement provides an opportunity to reach all learners, particularly the kinesthetic learner, in ways that allow them to process and retain information effectively and efficiently. In this workshop, teachers examine ways to enhance the teaching of science topics, such as the rainforest habitat, water cycle, rock cycle, plant life cycle, and states of matter, through movement. Participants explore how to involve students in active learning through warm-ups, improvisation, and simple structures for composing dances 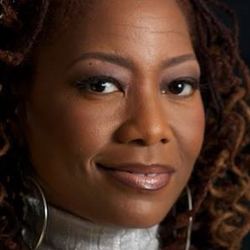 KIMBERLI BOYD is a dancer, performing artist, teaching artist, and arts in education consultant. She believes that “art is powerful – dance is empowering…” and has toured extensively, conducting workshops and residencies for many major presenters, nationally and internationally. Her work with students and educators Pre-K through 12 and beyond integrates basic elements and principles of dance with best practices in teaching and learning. The result is a simple yet dynamic and highly effective approach to enhancing student learning, critical thinking, literacy, and creativity in other core subject areas such as language arts, science, history, social studies, and more. A graduate of Florida State University, and a former member of the critically acclaimed Liz Lerman Dance Exchange, Washington, D.C., Ms. Boyd is the founding artistic director of “Dancing Between the Lines” solo performance company and arts-as-education organization based in the Detroit metropolitan area.

BARS! Connecting to History through Hip Hop Songwriting
We can look to the great success of the musical Hamilton to know that the exciting world of Hip Hop songwriting can be a hook for engaging reluctant students. In this fresh and energizing workshop, learn to guide students in synthesizing information about a historical figure by writing lyrics for Hip Hop songs. Help your students connect with the rhythm of Hip Hop while deepening their understanding of history. 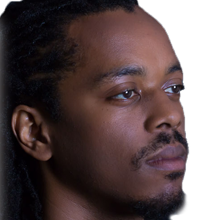 BOMANI ARMAH is a Washington DC native and a proud resident of Prince George’s County Maryland where his earliest musical influences were gospel and Go-Go. He credits his community for preparing him to be, as supporting him as, an artist and an educator. Bomani is most known for his Internet viral and BET music video hit “Read a Book”. He has many aliases including art educator “Baba Bomani” to students throughout Maryland, “Notarapper” on the vibrant poetry and hip-hop scene, and “The Watermelon Man” in the community. For almost 20 years Bomani has used his extensive experience as a poet, producer and hip-hop MC, to teach fun and informative workshops, residencies, assemblies, professional development classes and seminars in what has evolved into a writing curriculum called BARS. Along with being a Kennedy Center CETA facilitator, he is also a sought after teaching artist on the Young Audiences of Maryland and Young Audiences of New Jersey and Eastern Pennsylvania roster, frequently a Kennedy Center Changing Education Through the Arts (CETA) program facilitator, and just completed a summer tour of all the public libraries in Delaware. Bomani is the founder of Watermelon Day at Sankofa, a yearly celebration of community, art, education and watermelon on the first Saturday in August at Sankofa Video & Books Cafe. He is also the founder of the Frederick Douglass Writing Club, a literacy history and club taught at several schools and homeschooling collectives between 8 and 12 based on the life and career of Frederick Douglass. Whether as a solo poet, MC with a DJ, or as front man for his 7 piece afro-funk-rock-Go-Go-Hip-Hop band Immaletchufinish, Bomani puts on a live show that cannot be forgotten. Bomani is a seasoned event host, as the former Director of Poetry Events for Busboys and Poets restaurant and performance venue chain and hosts of hundreds of artistic, community and corporate events. As a columnist and blogger he is widely read, including his popular satirical essay published in the Washington Post “Okay, Barack. Now Show ‘Em Your White Side”. As a musician, producer and song writer, Bomani also has several production credits for films and television shows on BET, MTV and more. Find more information Bomani Armah as an artist, writer at notarapper.com, or as an art integration and education specialist at babagotbars.com.
Register back to our full listing