This event took place on Aug 4

You down with O.P.P.? Horizon Foundation Sounds of the City welcomes Treach, the GRAMMY® winning rapper and co-founder of hip hop trio Naughty by Nature. The NJ-founded group is best known for their top ten hit “O.P.P” as well as “Hip Hop Hooray,” which introduced the world to “Hey! Ho! Hey! Ho!” Get ready to wave your hands in the air—and sing along, of course. 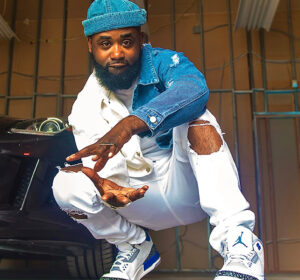 Actor and rapper Tray Chaney (“GOAT LEGEND BOSS”) will open the show. In addition to his role as Poot on The Wire, you’ve also seen him on HBO’s We Own This City and Bounce TV’s Saints and Sinners. He recently released a music video celebrating the 20th anniversary of The Wire, featuring J.D. Williams (“Bodie”).

About Horizon Foundation Sounds of the City

Our famous FREE outdoor concert series brings residents together every week in Chambers Plaza. It’s a dance party with a festival atmosphere—and you’re invited! Grab a drink at our outdoor bar. Feast at NJPAC’s NICO Kitchen + Bar or nearby food trucks. Meet, mingle and move to the music.

Access into and out of the concert space will be at select, controlled locations. Please follow posted signage to these two areas designated entrances.  One entrance is located near the NJPAC Rotunda entrance, across from Military Park, and the other is across from Mulberry Street.

Backpacks and bags will be searched upon entry.

Covid Protocols are subject to change and may be enforced at entry.

In the event of inclement weather, updates will be posted on njpac social media, or announced live from the stage.

Freestyle Free For All